How to turning plane threads in machining process?

The plane thread is also called the end thread, and its tooth shape is the same as the rectangular thread, but the flat thread is usually the thread processed on the end face of the cylinder or the disc. The trajectory of the turning tool relative to the workpiece when machining a plane thread is an Archimedes spiral, which is different from the normally machined cylindrical thread. This requires one revolution of the workpiece, and the middle carriage moves the pitch on the workpiece laterally. Below we will specifically introduce how to turning plane threads in machining process.

1. Basic characteristics of the thread

Threaded joints are widely used during machining, with both external and internal threads. There are four main types according to the shape of the thread profile: triangular thread, trapezoidal thread, serrated thread and rectangular thread. According to the number of threads of the thread: single thread and multi-thread thread. In various machines, the functions of the threaded parts mainly include the following: one is for fastening and connecting; the other is for transmitting power and changing the form of motion. Triangular threads are often used for connection and robustness; trapezoidal and rectangular threads are often used to transmit power and change the form of motion. Their technical requirements and processing methods have a certain gap due to their different uses.

In addition to the use of ordinary machine tools, in order to effectively reduce the processing difficulty of machining threads, improve work efficiency, and ensure the quality of thread processing, CNC machining is often used.

Command G32: It can process single-stroke thread, single programming task is heavy, and the program is more complicated;

Command G92: A simple thread cutting cycle can be realized, which is helpful for simplifying program editing, but requires the workpiece blank to be roughed beforehand.

Command G76: Overcoming the shortcomings of Command G92, the workpiece can be machined from blank to finished thread in one time. Saving programming time is a great help for simplifying the program.

G32 and G92 are straight-cut cutting methods, and the two cutting edges are easy to wear. This is mainly due to the simultaneous work of the two sides of the blade, the large cutting force and the difficulty in cutting. When the thread with a large pitch is cut, the cutting edge wears faster due to the large cutting depth, which causes an error in the diameter of the thread; however, the precision of the processed tooth shape is high, so it is generally used for small pitch thread processing. Because the tool movement cutting is completed by programming, the machining program is longer, but it is more flexible.

G76 belongs to the oblique cutting method. Because it is a single-sided cutting process, the right cutting edge is easy to be damaged and worn, so that the threaded surface of the machining is not straight. In addition, once the cutting edge angle changes, the accuracy of the tooth shape is poor. However, the advantage of this machining method is that the cutting depth is decreasing, the tool load is small, and the chip removal is easy. Therefore, the processing method is suitable for the processing of large pitch threads. 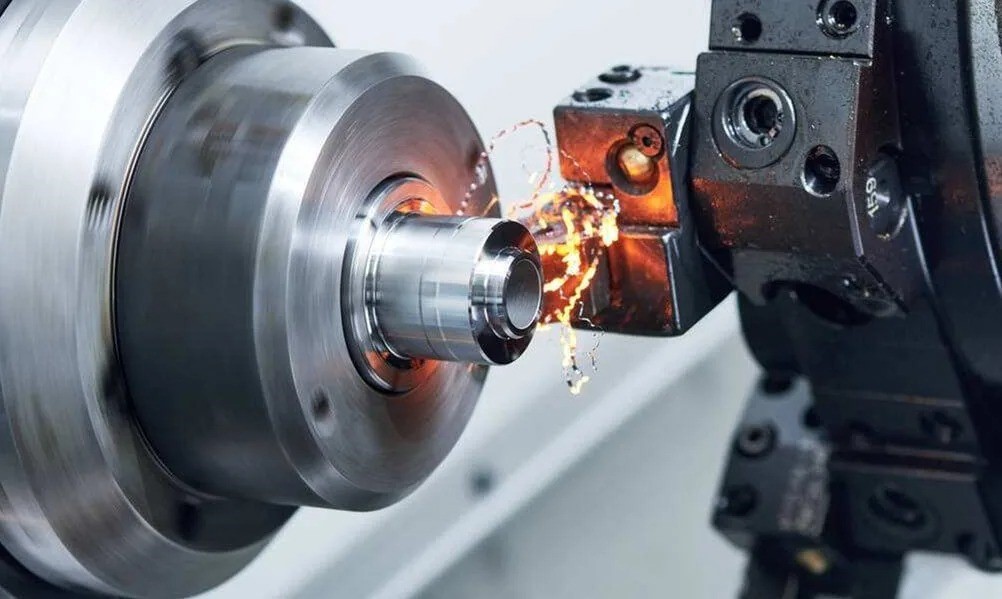